Benelux and France in one weekend

So our mini road trip ended up looking more like this. 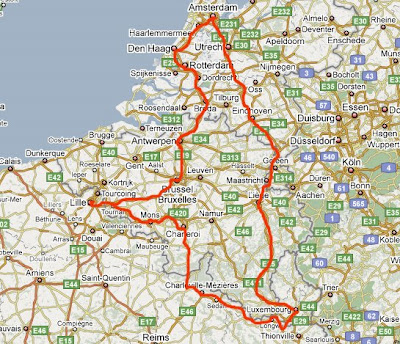 We didn't really have a plan, all we knew was that Jonas wanted to eat a baguette and some French cheese while wearing a beret. So we would head to Northern France via Luxembourg and return via the Coast. As you can see the coast plan didn't happen and Jonas didn't get to eat cheese on a baguette while wearing a beret either, but we did have a blast!


Benelux and France in one weekend:

Wooshed down to Luxembourg, checked into our hotel and went for a beer. 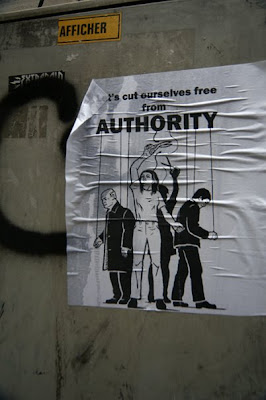 Impressions of Luxembourg: Very pretty but kind of creepy. Most things were shut by 11pm on Friday evening. One bar we walked by that seemed lively was shut down by police. We ended up having a beer in an empty bar down the road, where the waitresses looked emptily down at the floor. A drunk man walked in complaining that his mother picked up his best friend at the party he was just at, he then picked up a stool and was tackled to the ground and physically thrown out by a bouncer. We headed into the city centre for a beer only to find it was full of drunk kids. Actually, Luxembourg was just like being back in Sydney! Decided to leave really early in the morning.

Hit the highway out of Luxembourg and into France. Leisurely drove through the Northern France countryside. 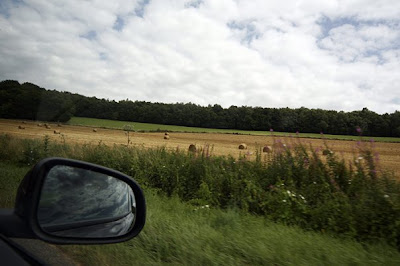 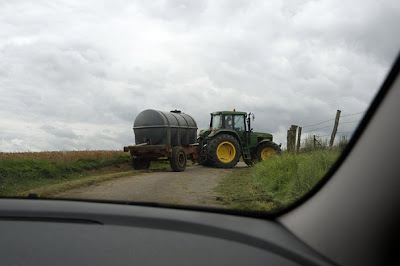 Stopped for lunch and a stroll in a quaint little French Village. 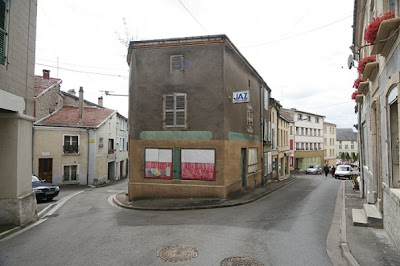 Jumped onto the highway, drove non stop to Lille and hunted for a hotel. 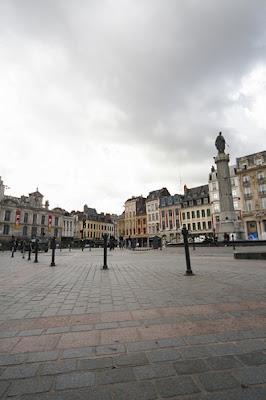 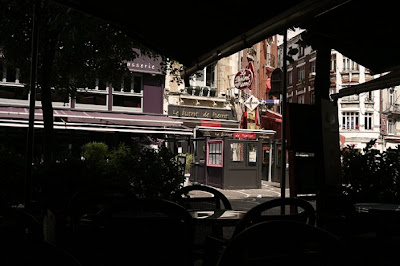 Impressions of France: GORGEOUS. The countryside was lovely with it's rolling hills, quaint little villages and exceptionally friendly locals. Lille was a fantastic city that kept surprising us because we had no expectations at all. Saw a local do a magic show, tried some fantastic red wine, strolled around for hours and had dinner at 11.30pm (gotta love Southern Europe!). The best thing was most people in this area of France didn't speak English so we had to attempt to communicate in French (which neither of us really knew) and by using our hands, which made for some very funny experiences, god I love traveling!

Checked out some Sunday markets had some crepes and hit the road to Brussels. 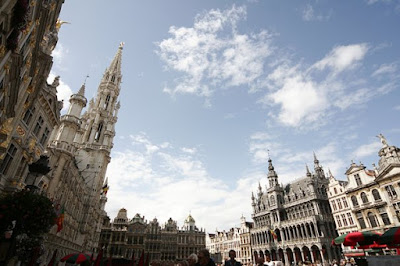 Impressions of Belgium: Our 2 hour stop in Brussels was great fun when we weren't stuck in traffic, we didn't feel like we saw enough though, so a Brussels trip is on the itinerary. We had a couple coffee breaks in some small villages in the countryside, which was also lovely. Except for one town we stopped at that wasn't on the map. If it's not on the map then maybe that's a sign you should keep driving :)

Sounds like a fun trip! We visited Lille last winter and loved it! I've never been to Luxembourg, but it was on my list...until your frightening description of it haha! Maybe other areas are nicer? Loved Belgium too, Brugges is my favourite city!

You should check it out anyway! Everyone has different experiences :) I think we happened to be there while a lot of people left for summer vacation and all the exchange students were there on language summer courses.

I would love to see Brugges! We were planning to go via that way instead but we ran out of time! Next time :)

I loved Belgium! You must go back to Brussels and like the commenter said above, Brugge too!

Since you're a fan of beer, make sure you check out the Delirium Cafe in Brussels. ( http://www.deliriumcafe.be/ ) It's in the middle of the city and has over 2000 bears!

Pinkie: Thanks for the link that sounds awesome!

I also fell in love with the French country side though I saw the southern part between Nice and Paris. Oh, speaking of which if u havn't been to Paris I think you'll like it very much too.

Way to trip! It is sometimes fun to do it spontaneously..looks like you had lost of fun!

I have a maternal uncle living in Amsterdam and we went to visit him in December 2007. It was lovely...he took us to France, Switzerland, Germany and Belguim. I'd like to visit again, this time in the summer. Hope you're enjoying your travels :)