I'm pretty certain I never want to live in Australia again but in between bouts of insomnia are persistent dreams of familiar beaches, surfing and warmth hitting on my body. The frequency of the dreams is getting a little disturbing now... They started roughly six months ago in October with one dream a month, then by January they increased to about two a month and by february they occurred about once a week. Now, this week I have already had three, last night was the most recent.

The scenes and people change but they always take place by Sydney beaches, there is always sparkling clear blue water and sounds of people enjoying themselves, there is always sun, lots and lots of sun, and I'm always blissfully happy. Occasionally, they get lucid, and I begin to think to myself - something isn't right because I live in Amsterdam now, of course! i'm visiting Sydney, I need to call my parents and tell them to come say hello before I head back to my life, but I can't, I have to fly out soon and there's no time. And then the dreams fade out and disappear.

Am I homesick? Or am I just going mad from all the cold and lack of nature and clean beaches? Last week was Restaurant Week in Amsterdam, for €25 you can try a 3 course menu at one of Amsterdam's finer restaurants that you might not usually be able to splurge on. We were a little lazy with organising so we only got to try two restaurants, we will definitely try and reserve in advance next year.

Nomads is one of the most atmospheric restaurants I have ever visited. It is decadently designed like a sultans harem with large mattresses and pillows, private booths with huge sofa's separated by curtains. Nomads comes complete with ambient and Arabian music and on some nights even a belly dancer. The cuisine is Middle Eastern/North African and you wine and dine reclining while hot and cold mezzes are served to you on a platter.

Pros: The deserts are incredible!
Cons: It was a little bit too see-and-be-seen for me. The music is a little too loud and makes chatting difficult.
Tips: Best to go with a group.
Don't order cocktails - with a small bar staff and large crowds cocktails can take more than 30 minutes to arrive.


Flo
Amstelstraat 9, Amsterdam
http://www.floamsterdam.com/
Food 9/10
Atmosphere 9/10
Service 9/10
Value 9/10
Hands down the best food I have had in Amsterdam so far. Flo is a French Brasserie concept restaurant, with plenty of fresh seafood and typical French dishes, the food is excellent quality with excellent presentation. The restaurant has a great atmosphere and really gives the busy Parisian bistro vibe, best of all is the gorgeous art nouveau setting.
Pros: Michelin recommended restaurant.
Cons: Couldn't find any!
Tip: Must try the French classics like steak tartare and creme brulee.
Do ask what wine they recommend with a particular dish - the combination can be pretty amazing.
4 comments:

Where in the World is Angela Rhodes?

It's been so long since my last update, between work, being knocked out by the flu right after NYE, insomnia, headaches, wedding planning and bleak Amsterdam weather I haven't found the time or the inspiration to update my blog at all lately.

Until I took a little break down Sunny Portugal way. It seems like we retraced our steps and ended up being there almost exactly one year since we were there last. I can't say that my first trip to Lisbon was a pleasant experience, I was jobless, homeless and fund-less, by the end of the trip I had actually wrote it off completely, declaring I never wanted to go back.


This time around I was left in shock at how much I enjoyed it, I'm sure I repeated "what the hell happened now?! Lisbon is so awesome!" several times over and over. Maybe it was the romance of heading down there to book a venue for our wedding in gorgeous Sintra or maybe it was the sun and temperate weather that I have missed for months now in Amsterdam, who knows. 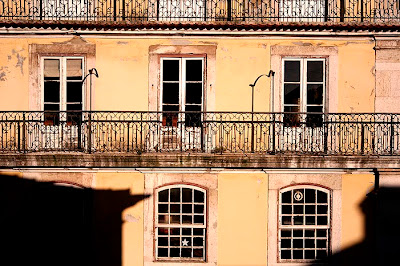 View from the hotel
Lisbon has an old town (Alfama) that seems to go on and on. It is filled with narrow streets, wrought iron balconies and terra-cotta roofs all of which can be enjoyed from several look out points. The most charming thing (to me at least) is that every so often a palm tree falls into view reminding you how nice it is to be back in a temperate zone away from icy pavements. 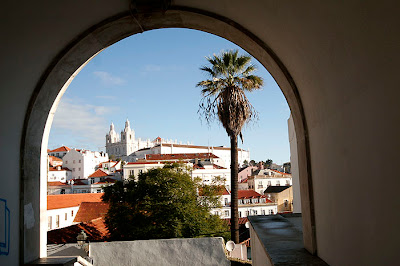 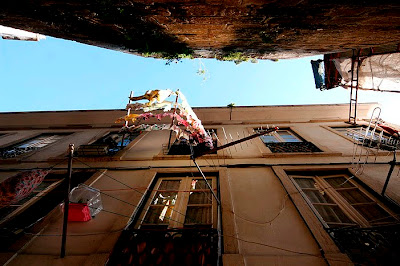 What really impressed me though, was the the Oceanarium (Oceanário de Lisboa), which happens to be the worlds second largest oceanarium. The centre is made up of a huge tank that represents the global ocean and is surrounded by 4 smaller tanks that represent the North Atlantic rocky coast, the Antarctic coastal line, the Temperate Pacific kelp forests and the Tropical Indian coral reefs. The best bit is that the tanks are 2 levels high so you can see the wildlife from above and from below. If you ever head down Lisbon way the Oceanarium is a must see (and take my advice and totally hang out by the cuttle fish tank). 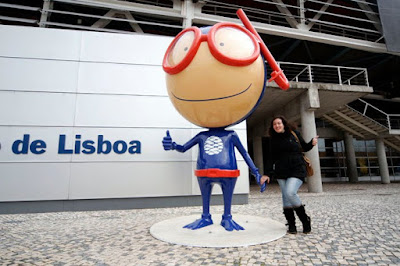 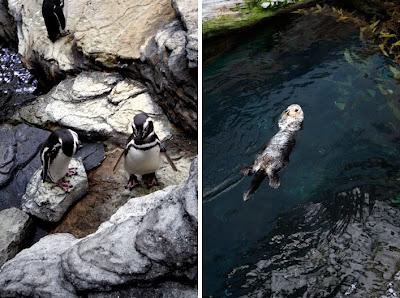 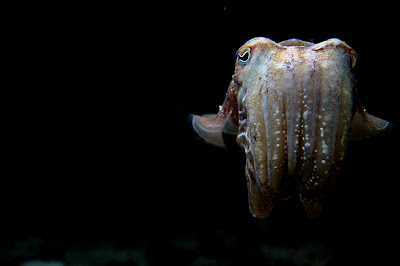 Curious little cuttle fish swam right up to us when we stood outside his tank, then put on a show for us by changing his colours, awesome! Don't eat Cephalopods!
In between doing the tourist thing we headed over to Sintra to do some wedding planning and venue scouting. Sintra is actually a UNESCO World Heritage Site because of it's exceptional beauty and 19th century architecture and it is definitely the most beautiful little town I have ever visited. 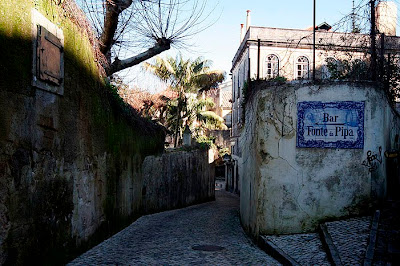 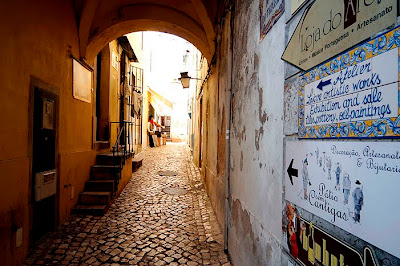 We were given a recommendation to try some queijadas (Portuguese desert) from a little cafe on the road to Sintra's old town, they may have been some of the nicest treats I have ever tried and broke my strictly no gluten rule 3 times in a row :( 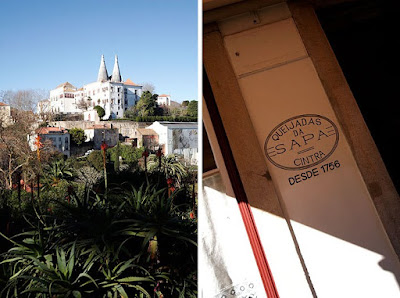 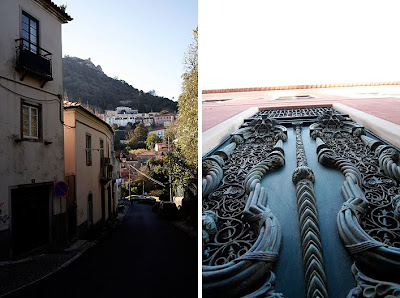 In the last hours as we headed to the airport we had a basic conversation in broken Spanish with our cab driver who was keen to know how we liked Portugal, his face filled with smiles when we told him about all the delicious Portuguese sites and tastes we loved. I got a pang of wanting to live in Lisbon, but for now it's back to Amsterdam and back to reality. At least I can look forward to heading back there before too long to show all our friends and family the special little town we've found to take our vows. 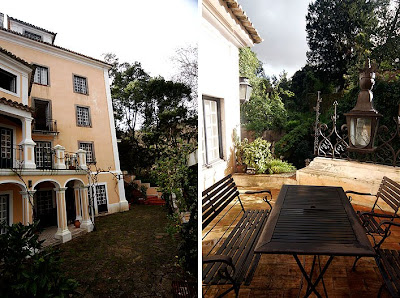 Shots of the wedding venue we finally decided on
8 comments: